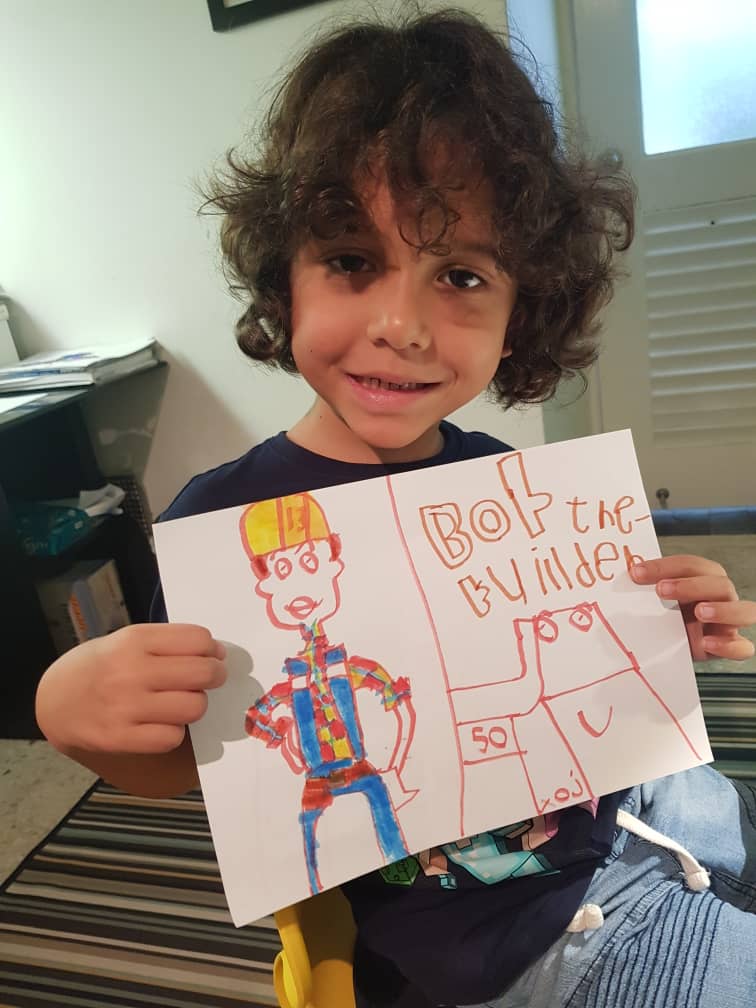 OK, it’s been a good 6 months between blog posts and a lot has happened – 90% good. Sol is thriving in his learning. I don’t have any quantitative comparisons with other 6 year old boys on “how much” Sol is thriving but I do know this:

So what I have learnt from Sol over the past 6 months – he is a right brain, highly creative, intuitive, funny, loving soul. He is a gift to this earth. Having him home schooled is the best decision for right now. I am still exploring alternative options and I am so lucky to have an incredibly supportive network of parents who share information constantly to keep us informed about positive changes in Malaysia for kids with SEN.

Right – onto the topic – my experiment. Actually, I can’t own this solely as the idea was a joint decision between Sol’s dad and I. We had both been researching the effects of screen time on the growing brain. This was more so for our daughter, a teenager, who we felt was being negatively affected by what she was seeing on her phone. Without going into details, we made some positive changes for the teen, set new boundaries and proceeded to move on to the 6-year old.

We decided that we would take away iPads and access to iPads and limit TV time to one hour around dinner time. I know! You’re scared right?? I mean – who does that? It’s digital suicide for your child – to NOT know how to play Minecraft or navigate their way around Kids YouTube and “accidentally” run into “Slappy” and “Bendy”. Now if you have even heard of those characters, you need a slap around the head if your kids are watching that shite. In short – here is what you need to know on these characters you can find on Kids YouTube – the channel where you think you have been able to protect your kids from seeing what cannot be unseen.

“Parents need to know that Bendy and the Ink Machine is a creepy adventure game for PlayStation 4, Xbox One, PC, Mac, and Nintendo Switch. Played from the first-person perspective, gamers explore a run-down cartoon studio that’s more like the creepiest place on Earth than the happiest. Using axes, machine guns, and pipes, players have to fight off ink monsters, though killing them doesn’t result in any blood or gore, just spilled ink. There are also some violent cutscenes, including one that shows someone being skewered with a sword, and another in which a character has an axe embedded in their head. Disturbing images include things jumping out at you, a character strapped to a torture device, and what resembles a Satanic ritual” CommonSenseMedia.Org

Slappy is a character from the movie “Goosebumps” – he’s a talking dummy – that’s creepy. When Sol thought it might be great to dress up as Slappy for Halloween, I thought “Nope – that’s not happening” and decided it was a good time to wean him off the iPad.

So, how painful was it? I like to think of it like a break up. The longer you are in it, the longer it might take. So thinking that Sol had only just turned 6 years old, we were thinking it might take around 6 weeks to deal with

The last point is the one I had to psyche myself up for cos you know how we all roll! I have stuff to do! I work full time and sometimes from home and I need to use a laptop and if I’m on my laptop and he’s not in school, what the heck is he going to do? The million dollar question! What does a 6-year old do when they can’t watch TV or their iPad? And what about when you go to a restaurant? If he doesn’t have an iPad, what is he going to do? How am I going to get any peace and quiet? And if he doesn’t whip out his iPad when he’s with other kids that have them, is he going to be a social pariah? I’ll answer ALL of these questions now.

So, the future? I know that as school progresses, one of the best tools we can offer Sol is the ability to type. His writing will always be a challenge (from other dypraxia blogs I follow) and being able to type will allow him to keep up with the school work and meet deadlines for assignments. But that’s NOT right now. Right now, he is the happiest, little dude. The iPad sent him to a dark place, like switching off the light of creativity inside of him. The light is back on and we are going to let that human light shine, and not the dull pulsating white light of an iPad screen.

The effects of Screentime on a Child’s Brain

This site uses Akismet to reduce spam. Learn how your comment data is processed.